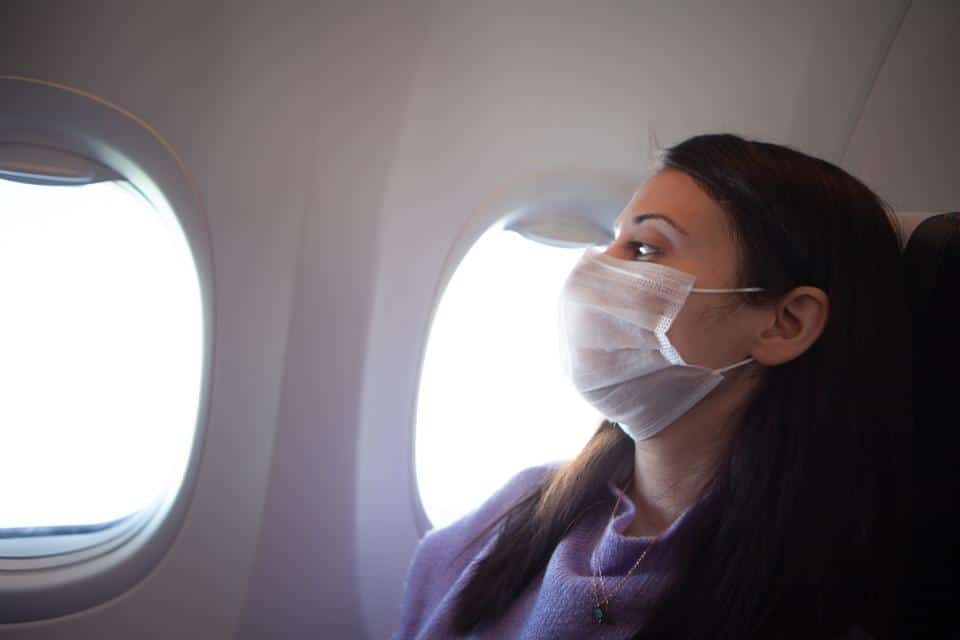 Air travel is by far one of the most comfortable and speediest modes of travel. Airplanes have made our lives so much easier! In the current scenario with the COVID-19 pandemic affecting the world, air travel may be the last thing on your mind and The Hair Loss Clinic stands by CDC guidelines that unless essential avoid travelling.

The US, of course, is making great headway in the fight against the novel coronavirus and things are slowly opening up across the nation. Europe is also recovering from the effects of the pandemic and major airports in London, Berlin and Paris have begun international flights too.

However, air travel as we know it has completely changed to protect the travellers from catching the COVID-19 virus while in transit. Airports, airline crew and the airlines are taking all the extra precautions necessary to keep you safe.

American airports are being constantly disinfected by health and sanitation workers of the airport. There are temperature checks at all entry and exit points of the airport. Airlines are also installing ultraviolet light disinfecting systems that can help reduce the transmission of pathogens on board. The crew of all major American airlines now wears masks and encourages passengers to do so too. Aircraft seats are assigned in keeping with the WHO social distancing norms. The Hair Loss Clinic advises travelers who may be flying during this time to purchase good quality N 95 masks, face shields and if necessary then disposable PPE (Personnel Protection Equipment) kits to minimize the risk of contracting the virus.

The CDC has also issued some easy to follow and 100% essential points for your safety:

While all of these measures will keep you safe, The Hair Loss Clinic – America’s Hair Expert is here to address your concerns about Hair-Care during air travel. Although this may come as a surprise, travelling in a flight DOES affect the health of your hair!

The cells of the hair bulb are the third most rapidly dividing cells of the body after bone marrow and the mucosal lining of the stomach. Because of this, hair growth is very sensitive to physiological or external changes that may affect us.

The “jet lag” from a non-stop flight from Australia to the United States or United Kingdom may cause insusceptible people to have enough physiological stress on the body to induce a short bout of excessive hair fall. Hair loss from this circumstance is temporary and self-correcting. What often gets people in a panic however is the hair fall suddenly begins 2-3 months after the flight was undertaken and they don’t associate their present problem with an event some months before. Ten to fifty per cent of the hair can be synchronized into a premature falling phase and begins shedding from all over the scalp. This often continues for about 2-3 months before settling. In a temporary, self-correcting hair loss the hair is usually being replaced even as it sheds. Apart from reassurance, no treatment is indicated for this condition.

More commonly the affected person may have an existing nutritional deficiency – particularly low iron in women or a metabolic condition such as diabetes or problems of the thyroid gland.

Hormonal imbalance in men is also a leading cause of hair loss. DHT (Dihydrotestosterone) is a powerful hormone in men which causes miniaturization of hair follicles which often results in the number of hair tufts decreasing and eventually dying which leads to an appearance of bald scalp.

They may be in poor health, or severely stressed for whatever reason. Normal hair growth may only just be “coping” and the added stress to the body “tips the scales” into a hair loss state. In this situation, the underlying factor/s would need to be stabilised before the hair loss settles.

I have been consulted by numbers of the commercial flight crew for hair loss and scalp concerns, some of which were occupation-related and some not. Contrary to what might be the widely held view of people who live out of travel luggage, the majority of airline flight personnel are much disciplined in their dietary and fitness routines!

However they often experience situations peculiar to their occupation that may give rise to recurring episodes of excessive hair loss. Departing from an area of high ambient temperature and humidity, and arriving at one’s destination to temperatures of 20 degrees below freezing may generate a physiological “shock” to the body’s internal balance.

Continual dietary changes from “stopovers” in different continents or countries may also create an internal disturbance. Severe vomiting/diarrhoea and its accompanying dehydration from contaminated water or food will nearly always trigger a delayed bout of excessive hair fall.

Dramatic changes in diet, “crash” dieting or rapid weight loss are common causes of hair loss of a temporary, self-correcting type. Finally, whilst it is known there is increased exposure to ultraviolet radiation from high altitude flying, its adverse effects on normal hair growth remain inconclusive.

Female flight attendants are at particular risk of developing a form of hair loss termed ‘traction alopecia’. Traction alopecia gradually occurs along the front hairline margins of the scalp, and distressingly presents as a “receding” hairline. The problem is caused by the hair being pulled back tightly off the face and held under tension for extended periods of time. If the woman ties her hair back whilst it’s wet and/or has an underlying low iron state, these will combine to exacerbate the hair loss considerably.

Although, these may sound like extremely serious issues which need to be surgically or invasively treated, that’s not true at all! In fact there are many options for medical treatment of hair loss after air travel or even normal hair loss which has occurred without any exposure to high altitude.

You can overcome the problem of hair loss by treatments such as PRP (Platelet Rich Plasma) Therapy , Low Level Laser Therapy, Microneedling and Cyclical Vitamin Therapy. At The Hair Loss Clinic, our Director Dr Balvant Arora has built an approach of creating customised treatment plans that focus on improving the patients’ hair permanently.

This also includes some simple steps taken during and after your international flight can help your hair remain healthy and on your head!

During the flight consume small servings of food, preferably protein, salads/vegetables, and carbohydrates such as pasta. Avoid sugary, refined or salty foods as the sugar will “spike” your blood sugar levels and the salt will make you thirstier and retain fluid.

Drink 2-3 litres of bottled water on a 15-hour flight, including some fruit juices (not cordial).

During long flights, your skin can become quite dehydrated from the ultra-dry recycled air within the aircraft. Liberally applying a facial/body moisturiser prior and during your flight is also a good idea.

Minimise your alcohol, coffee, and to a lesser extent, tea intake as they are all diuretics and will dehydrate you. Rest quietly as you feel the need.

Upon arrival at your destination, maintain the same dietary regimen as you did in-flight for the first 24 hours. Where possible use your first day to relax and help reset your body’s circadian rhythms. Three to six hours of judicious exposure to strong sunlight or artificial light as bright as sunlight has been shown to speed recovery from jet lag. Sunlight stimulates the pineal gland in the brain to inhibit the secretion of the hormone melatonin, thus regulating our ‘biological clock’ for falling asleep and awakening.

If a woman knows her ferritin (iron storage) levels to be less than 40ug/L, an iron supplement taken daily for a week prior to her flight and a week after arriving at her destination will greatly reduce the risk of excessive hair fall later on. She should certainly take an iron supplement if she is menstruating whilst undertaking international air travel.

“Economy Class” Syndrome: The so-called economy class syndrome has achieved much media notoriety in recent years, but what does the term really mean?

The condition is actually a deep-venous thrombosis (DVT); a blood clot that usually originates in the deep veins of the lower limbs. Whilst a DVT may occur in any person, more commonly it affects those who have an inherited or lifestyle predisposition to develop them.

The restricted movement of being seated for extended periods of time causes blood pooling in the veins of the lower legs. Those at increased risk of developing DVT are sedentary, overweight people, smokers, and women who smoke and take pregnancy contraceptives. Those who consume high-sodium (salt) diets or regularly consume excessive amounts of alcohol are also at greater risk of DVT.

The two serious complications of DVT are:

The risk of developing a DVT after air travel is very low when one considers the vast numbers of people who undertake air travel every day of the year throught the world.

People who have a history of developing blood clots or those who feel they may be at increased risk can consider the following pre-flight measures to minimise the possibility:

Thank you for reading this blog.

In case of queries please get in touch with Dr Balvant Arora via info@thehairlossclinic.com 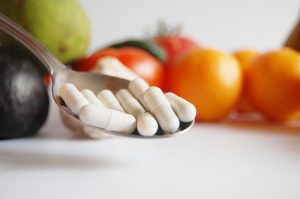 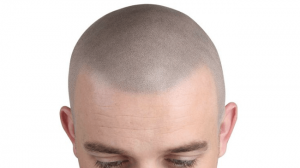 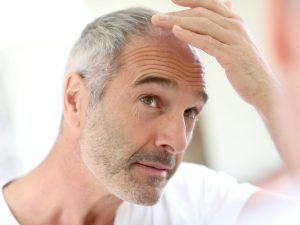